Home » News » LIC for the flood victims of Kerala floods

LIC for the flood victims of Kerala floods 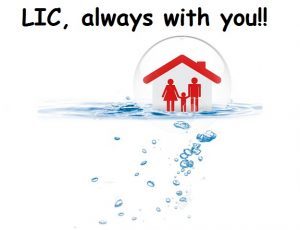 Nature can be a “Blessing in disguise” many times. However, in the month of August, 2018 nature had become a “Curse in disguise” for Kerala, God’s own country. The state of Kerala has suffered massive damage and loss of life and property this month due to heavy, non stop rains and huge floods. Several of the dams the in Kerala had reached the maximum limit and overflown that for the first time ever since their construction or after several decades.

The sufferings of the people in Kerala are known only to them. They are homeless and many have lost their loved ones. Having lost everything, claiming the insurance of the dead can be a small support to those families. However, it is a known fact that insurance claims stand void for any kind of natural calamity and that includes floods as well. So, even after having paid for life insurance and after having lost not only their loved ones but also their homes and other assets, people are left just high and dry by most insurance companies.

Now LIC (Life Insurance Corporation of India) has decided to take a bold step forward, by breaking the normal rules and pay the claim to all victims of the floods in Kerala. This will provide some relief for the people who have lost their loved ones for the floods. People who have a life insurance policy with LIC and have lost their lives to the recent floods in Kerala are eligible for insurance claim. Not only that, LIC has also decided to pay for lives lost in the Kerala floods even if the policy is just “A Day Old”.

LIC (rahege hamesha apke saath) will always be at your side, as your good friend and supporter especially when you are going through those unexpected disasters in life.