Home » News » Is Retirement Planning a Must?

Is Retirement Planning a Must? 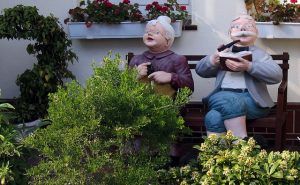 Retirement planning is quickly gaining speed and is certainly becoming a priority for many people. Based on a survey, nearly 25 percent of the urban customers are getting ready to act on their retirement planning. There has been a huge leap this year as nearly 140 percent increase in people claiming to consider that retirement is a key priority financially.

Retirement is often considered to be a complicated issue to look at in a young age; but as researchers suggest, keeping a good financial plan can help you gain confidence and create a smooth transition from on stage of your life to the other.

Many people who have been surveyed have opted out other investments, buying cars, secondary homes, etc. and have chosen retirement planning as their primary priority. The people among the age group of 28-33 are predominantly looking at retirement as the key and planning towards it. Based on a study, single women feel financially confident about their finances after planning than men.

A survey also found that single women (close to 70 percent) feel financially secure significantly than single men (56 percent). Women tend to invest at an earlier age that is around 25 years compared to men who begin to invest at 26. Although, marriage shifts the trend as men become more responsible and gain confidence about their finances while women begin to depend on their men for the same.

While women tend to consult and go for conservative mode of investment, men think of retirement as an immense financial priority based on a survey. Overall, while looking for financial retirement plans, both men and women have their ways of planning towards it.

The UNFPA report also suggests that the number of Indians above 60 years is predicted to rise to 55 percent by the year 2050. The common mindset among people who are young is to make enough money for their retirement and live peacefully. This not only makes them feel good, but it also brings the question of have you saved enough for as long as you live? There are many things which require your money after you retirement and one of the primary thing is medical expenses. Therefore, it is better to plan for your financial retirement considering all these facts.